Subscribe to our newsletters now and stay up-to-date with new collections.

Umrah is a lesser pilgrimage to Mecca and is not a Farz but a preferred Sunnah (the Prophet's tradition and practice). Nevertheless, it is a sacred worship to Allah and a great blessing to every Muslim. This pilgrimage is carried out by thousands of pilgrims each year to pray, ask for mercy and restore their faith.

Umrah is practised with the belief of cleansing oneself from sin and can be accomplished according to each individual's needs and schedule. The Umrah ritual is performed before the beginning of the Hajj.

What are the two types of Umrah?

The word "Umrah" belongs to the root of the Arabic dictionary, which means "to visit" the Holy Kaabah, the House of Allah SWT in Mecca, Saudi Arabia.

As stated earlier, unlike Hajj, which must be performed within the first 10 days of the Muslim month of Dhul-Hijjah. Umrah Packages 2023 can be booked any month or any time of the year, depending on the schedule. And needs of a person.

Umrah is one of the most beautiful Sunna of the Prophet Muhammad (PBUH) as it allows one to free oneself from the material world and come closer to Allah SWT to achieve peace and calm. The Beloved Messenger Prophet Muhammad(PBUH) of Allah SWT, while stating the meaning of Umrah, said: "Umrah is the atonement for all sins." Therefore, future pilgrims need to know the two types of Umrah, their rituals, timing and rewards.

Related to Hajj, Umrah-al-Tammatu can only be performed during the last month of the Islamic calendar, Dhul-Hijjah. Because Umrah al Tammatu depends on the Hajj, performing it with other pilgrims is compensation. Note that there is no major difference in the procedure of the two types of Umrah. In Umrah ul Tamattu and Umrah ul Mufradah, it is mandatory to undertake the Ihram at the lines of Meeqat. Also, suppose a person in Makkah intends to perform Umrah ul Mufradah. In that case, he can step out of Masjid Al-Haram to enter Ihram and perform niyat. Here is a comprehensive guide to the two different types of Umrah.

The independent pilgrimage, Umrah-al-Mufradah, can be done at any time of the year except for the Hajj days. This is a voluntary pilgrimage and can be done on an individual basis.

Umrah ul Mufradah is mandatory for those who are financially and physically able. In addition, one can opt for Umrah ul Mufradah during the holy months of Rajab and Ramadan, as they are the two luckiest months.

To perform Umrah-al-Mufradah, one must first enter the condition of Ihram before crossing the boundary of Meeqat. Then, upon arrival at Masjid Al-Haram, the individual must perform Wudu in preparation for performing Tawaf counterclockwise.

After completing seven rounds, the person is asked to walk to Maqam-e-Ibrahim to pray two Rakat and drink water from Zamzam from the well.

• Umrah-al-Mufradah is done on an individual basis.

• If you want to perform Umrah-al-Mufradah in the month of Dhul-Hijah, make sure to do it before Umrah-al-Tammatu.

• If a person does not have the material means and ability to perform Hajj, they are obliged to perform Umrah-al-Mufradah.

• An individual can perform Umrah-al-Mufradah twice in a lunar month, according to the Islamic calendar. The first is for your own benefit, and the second is for the benefit of others, also known as Umrah Badal.

• Where a person performs Umrah al Mufradah and intends to stay in Makkah until 8 Dhul-Hijjah. Then, according to Muslim scholars, they can consider Umrah-al-Mufradah as Umrah-al-Tammatu and perform the rituals of Hajj-e-Tamattu. However, a sacrifice must be made in this case.

Umrah-al-Tammatu only is performed during the days of Shawwal, Dhul Qadah and Dhul-Hijjah. Still, before the beginning of the Hajj ritual, it is the 8th Dhul-Hijjah. Therefore, Umrah al Tammatu should be grouped with other pilgrims.

Note: A pilgrim cannot leave Makkah after completing Umrah-al- Tammatu and before completing Hajj. Many Muslims intend to make pilgrimages in the month of Dhul-Hijjah, as they can do Hajj and Umrah in the same month without worrying about planning two different trips.

Although all Umrah al Tammatu rituals (starting at Ihram in Meeqat, performing Tawaf, praying two rakats, drinking Zamzam water and performing Sai). Similar to Umrah al-Mufradah, the most significant difference is that it is performed in groups. Another thing that sets Umrah al Tammatu apart is that pilgrims should perform taqsir instead of halq, as shaving is an essential Hajj ritual. Rule of Umrah al Tammatu

• Umrah-al-Tammatu should be performed in a group of other pilgrims performing the Hajj.

• Umrah is obligatory to be performed during the Hajj days, during Dhul-Hijjah, Dhul Qadah and Shawwal.

• If a person has performed Umrah al Tammatu, he cannot leave Makkah before the end of Hajj.

• Umrah al Tammatu is not necessary for people living in Makkah.

• In Umrah al Tammatu, halq (shaving head) can be replaced by taqsir (cutting hair) because men must perform the halq during Hajj.

• Tawaf-un-Nisa is not a mandatory ritual of Umrah al Tammatu. However, as a precaution, one can perform Tawaf with prayer.

How to Perform Umrah for Ladies

Like men, women can also take on Umrah. However, there are particular predefined rules that a woman must follow when performing Umrah. First of all, women cannot complete Umrah without Mahram.

Islamic rule stipulates that a mahram is a Muslim man who has relations with a woman after marriage, either by breastfeeding or by blood. A woman should cleanse her body and put on Ihram before performing Umrah's intentions. In addition, she must read Talbiyah before entering Meeqat. Unlike men, women are required to walk slowly when performing Tawaf. After Tawaf, she has to pray two Rakat at Ibrahim station, drink water from Zamzam well and do dua.

The female pilgrims then must leave Masjid Al-Haram towards the Safa and Marwa mountains to perform Sai at a slow and graceful pace. After seven rounds of Sai, like the others, the women were ordered to gather at Masjid Al-Haram, make offerings to Nafl and perform taqsir for Mina.

Umrah for the elderly

Performing Umrah for the elderly can be challenging as it requires a lot of strength and patience. Therefore, people over 65 should consider planning their trip according to their health and physical condition.

Another way here is to have someone else perform Umrah on their behalf. Anas ibn Malik (RA) reports that the Prophet Muhammad (PBUH) said: "If a young man honours an old man because of his age, then Allah will appoint someone to honour him. when he's old." (At-Tirmidhi)

Every year, many Muslims visit the Holy Kaaba in Mecca, Saudi Arabia, to perform Umrah to ask for mercy, pray and restore their faith. Although the two types of Umrah—Umrah-al-Mufradah and Umrah-al-Tammatu—are different, the rituals are the same. Therefore, if given the opportunity, choose to join Umrah and perform Umrah rituals according to the Prophet Muhammad's Sunnah (PBUH). Also, remember to recognize that having the ability to perform Umrah is a blessing Allah SWT gives, so make sure to perform the ritual with the purest intentions. 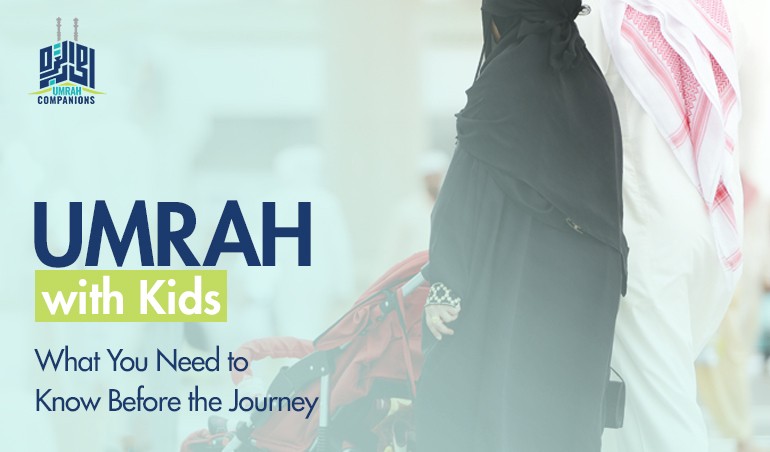 Umrah With Kids: What You Need to Know Before the Journey 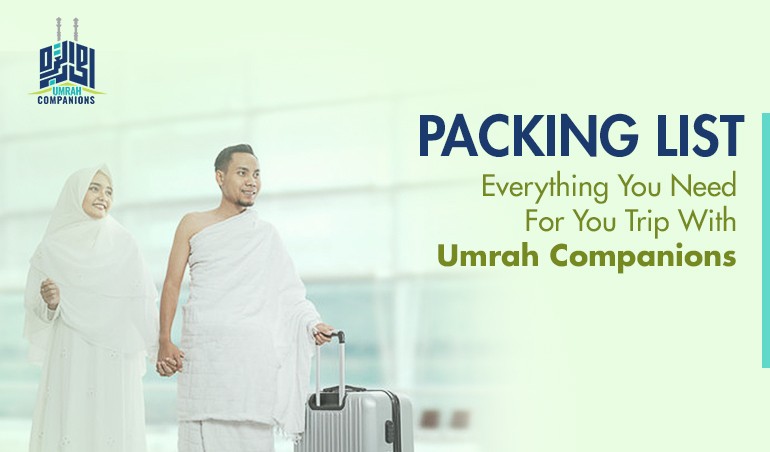 Packing List - Everything You Need For Your Trip With Umrah... 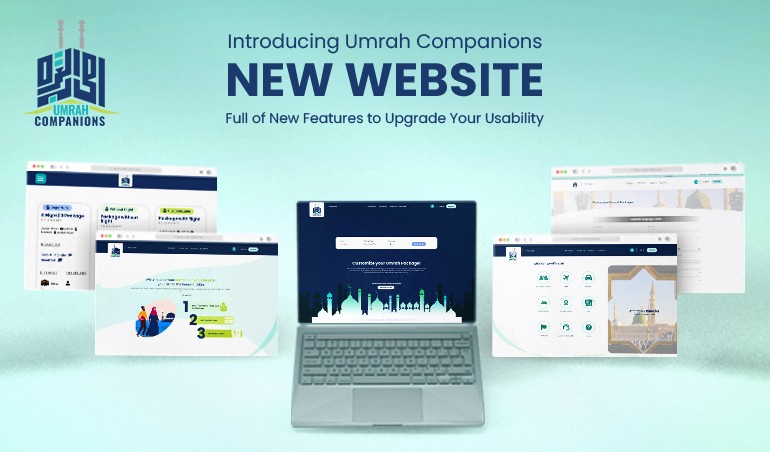 How to Pack Your Umrah Luggage Like a Pro

Nice To See You Again!

Login to your Umrah Companions account and start browsing our Umrah packages today. Customize your own package or select one of our curated itineraries, all for unbeatable prices. Experience everything Umrah Companions has to offer all at your fingertips!

New To Umrah Companions? Welcome Aboard!

Creating an account will give you access to all the features and benefits our site has to offer including your own personal dashboard, the best deals on Umrah travel and much more!

We are happy to have you onboard and a part of the Umrah Companions family. Create your account and start browsing the best deals on Umrah packages.

Hi John! Check your email to activate your account

We just sent a link to johndoe@email.com. Didn’t receive the email?

Check your inbox and follow the instructions to reset your password. Didn’t get an email? Check your spam folder.